Book a demo Interested in starting your own corporate mentor program? Schedule a call with Garrett 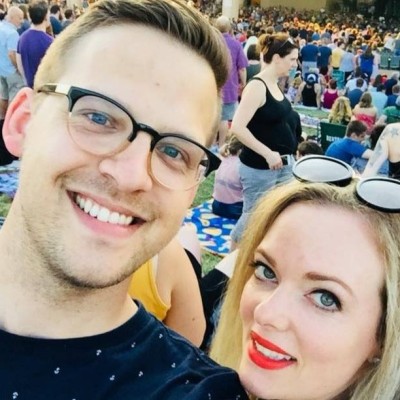 Chip Stapleton
According to PwC (2016) the TOP Financial Concern among Employees is not having enough emergency savings. This and other financial stresses - like retirement, college funding, debt and medical expenses - lead to less productivity, increased absenteeism, and reduced morale in your workforce.

At Horizon Planning Group, we work with Businesses, their owners, executives, and employees to ensure they have the tools and resources to achieve Financial Wellness and avoid the pitfalls of traditional financial planning. We help solve a common problem using what boils down to common sense solutions, but through an Uncommon Perspective. Check out more at: www.horizonplanninggroup.com/wealth-steps-et3sm

We also know that 4 out of 5 Business Owners are looking to exit their business in the next 10 years. So with an eye to that, we work with the owners to create an exit strategy that is tax efficient and beneficial to all parties.

I have lived in Carmel, Indiana for 6 years with my wife and two daughters. In between running my daughters to Karate and relaxing at home, I also teach Saxophone and General Music courses at IUPUI in the Music & Arts Technology Department.

by Chip Stapleton
Wed 1 July 2020
My dad started in the limestone industry in Bloomington, IN when he was 19. After some stops at a few
different companies, he landed as a draftsman for the company he worked for, ended up owning, and
eventually sold some 35 years later. He has been my most consistent mentor to date, as parents tend to
be. However, a decade into my career, my path already has looked vastly different than his. Far from the
straight line, that he experienced, and we are often told to expect. The best laid scheme’s o’ mice an’
men, as Burns would say.

But through this horizontal mentorship program and speaking with my mentor partner, I have learned
that the straight career path is not the norm. It is very uncommon now. Which honestly does not
surprise me too much, that it describes my dad’s experience. My dad hates change. He and my mom still
live in the house they bought the month I was born, almost 36 years later.

The path we take is uniquely ours. And sometimes we stumble into a position or field that we never
thought we would enjoy, or even have a passion for. That was me with finance. It was a long path that
lead me into this field. But it started and ended with teaching. I still have a little bit of the stubborn
resistance to change that I get from my dad, but I am learning not be afraid of an opportunity that
presents a new challenge. I have a plan for where I am now and where I want to go, but I have Burns’
quote from To a Mouse reminding me to embrace the change.

College Students Get a mentor from your organization

College Alumni Mentor one student from your alma mater

Alumni looking for mentors Get your organization involved; start a program

Universities Get your organization involved; start a program