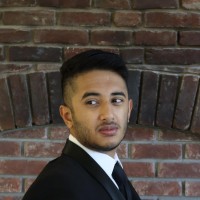 by Malhar Lakshman
Tue 27 September 2022
When a company has a direct report that isn’t necessarily meeting expectations, its managers generally take action. This is not an unreasonable process, since a direct report that isn’t performing can cause complications for the rest of the team members. One of the most frequent actions taken by a manager, or potentially even Human Resources, is what is known as a Performance Improvement Plan, or a PIP.

The main goal of a Performance Improvement Plan is to correct an employee’s issues that management has grievances with. At least, that’s how they are perceived on paper. In actuality, PIPs are often used as a way to either remove responsibilities from a direct report or as a way to force an employee to quit of their own volition, thereby attempting to negate the need for unemployment. According to Lawyer Mike Carey, a Connecticut-based employment law attorney, only 5% to 10% of employees stay with a company after starting a PIP.

In many workplaces, leaders view a PIP as a “gateway” to getting that person off the team.

What else is wrong with a PIP?

There are several problems with PIPs:

·        PIPs provide no formal legal protection- Employees under a PIP can still choose to go to litigation for wrongful termination or a hostile work environment.
·        PIPs often cause additional work for team members- PIPs often mean that employees have reduced responsibilities to display improvement and competence, which often means that their removed responsibilities are passed along to their peers.
·        PIPs require a large amount of maintenance and supervision- A properly set up PIP with a responsible and empathetic manager requires near-constant communication and monitoring, which not only burns time but also can be overwhelming for the employee.

Can a PIP be beneficial?

The modern-day definition of the Performance Improvement Plan, as stated above, is not sustainable, and overall, just doesn’t benefit employees or employers in any way.  However, a modified format of this plan can work but will be strongly dependent on how willing a manager is to assist the employee.

How to determine if a PIP is appropriate to use

The first step of a PIP should be to determine if it is even a good idea to implement or attempt to start.

1)      Is termination the end goal? Or is the employee too good of a potential asset to consider terminating? Depending on a manager’s answers to these questions, a PIP may not be appropriate. The goal of a Performance Improvement Plan is to Improve employee performance, not intimidate them out of a position. If a manager is already dead-set on terminating an employee, it is better to do so than to attempt to not only patch this relationship and try to repair preconceived opinions.
2)      Certain issues are better handled with a formal structured plan, while others will not benefit from that. If a direct report is having trouble with meeting deadlines, or similar performance issues, a performance improvement plan will be a good option. However, if they are encountering disciplinary issues, such as fighting with other staff, or insubordination, an improvement plan would not be the best option.
3)      Empathy can go a long way in regard to staff not necessarily meeting expectations. If a manager notices that one of their direct reports undergoes a sudden change in attitude, while also displaying signs of anxiety or depression, it may be best to have a 1:1 with them. Employees have personal lives as well, and issues can easily trickle over from the personal to professional realms. Managers should use this 1:1 to see if there are any underlying factors or circumstances that may have caused this decrease in quality from their subordinates.

Setting up a Performance Improvement Plan

When setting up a performance improvement plan, a manager should be straight to the point with their direct reports. This conversation should include the following aspects:

·        Who- This refers to not only who will be undergoing this performance improvement plan, but also to whom they will report, as well as a contact for them within Human Resources.
·        What- This will include information such as what a performance improvement plan is since most direct reports will have a different outlook on PIPs in comparison to management.
·        Why- This will generally entail an explanation as to why the employee is being forced to undergo this PIP.  This explanation should include quantitative data, such as how often work was handed in after a deadline or a percentage of tasks that they have done that were deemed incomplete or lacking.
·        How- This would include what would be known as the “Terms and Conditions.” This will be further expanded on, but in short, the Terms and Conditions include what an employee will be required to do as part of their improvement plan. In addition to this, the terms should explicitly go into detail about what will happen if further expectations aren’t met. This is most often termination. While termination is not the desired outcome of a PIP, it is still a potential outcome, and often an option after this process.

The goal of a PIP is once again, to improve an employee’s performance, and help them either learn new skills or rectify previously known misconstructions. Therefore, a set of goals should be set for this employee to attempt. Similar to the goals that a manager should have, these should all be SMART Goals. As a note of reference, SMART Goals are designated as Specific, Measurable, Attainable, Relevant, and Time-Bound.

Here are some examples of goals that can be proposed to prospective PIP targets.

One great way to measure and track these goals you are measuring with an employee you have put on a performance improvement plan is with AIM Insights.

With this advice, a manager should be able to start, create, and implement a PIP. These can be difficult to follow through with but will help not only the company but also the employee.

What is Horizontal mentorship Get your organization involved; start a program